Have you thought about where you’re going to go shopping this Friday morning?

Perhaps you’re like 99 Million Americans, and you’ve been waiting for this day since last holiday season. Do you plan on camping out in the cold while you wait to get a new laptop or the latest Xbox? In this article, we’ve gathered the best places around the twin-cities to shop on Black Friday. Thanksgiving is a time of gathering around the table to good food and good friends and enjoying all that life has to offer. But after we say grace, chow down on grandma’s sweet potato casserole, and listen to Uncle Joe tell us stories about when he was a kid, that’s when more than 99 million Americans will hop in their cars and head off to start their holiday shopping. 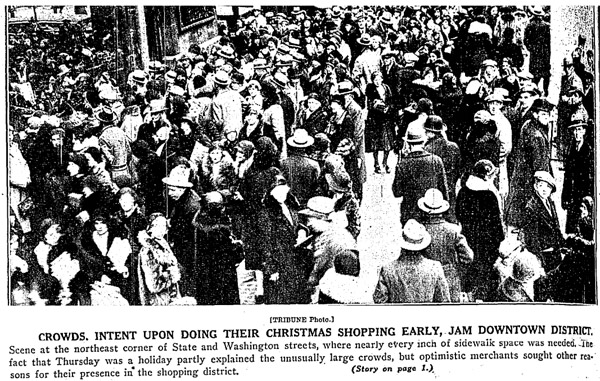 First, a little history about the day. When President Lincoln dubbed the last Thursday in November to be Thanksgiving, the day after immediately became known as the beginning of the Christmas season. It wasn’t called Black Friday then because that term was designated for another day, Sept. 24th, 1869, the day that gold prices dropped. Fast forward to the late 1930’s, President F. D. Roosevelt changed the holiday to be on the fourth Thursday of November to please retailers who kept complaining that the Christmas shopping season was too short. Not too many people were pleased about the holiday being moved, with only 32 states then following suit. That all changed in 1941 when Congress decided to make Thanksgiving a federally recognized holiday, taking place on the fourth Thursday of November.  Then, in the 50’s, people began calling in sick on that following Friday to give themselves a 4-day weekend, and instead of going to work, they were out Christmas shopping, since businesses were closing. Bosses and managers almost immediately caught on, and many businesses started giving their employees those two days off to start their shopping. However, it wasn’t until the 60’s that a Philadelphia newspaper began using the term “Black Friday” to refer to rush of shoppers the day after Thanksgiving. And ever since then, shopping on Black Friday has become a sport to some, a holiday in and of itself, or just down-right annoying.

However you “celebrate” Black Friday, we hope that the following article can help you choose were to wait in line. 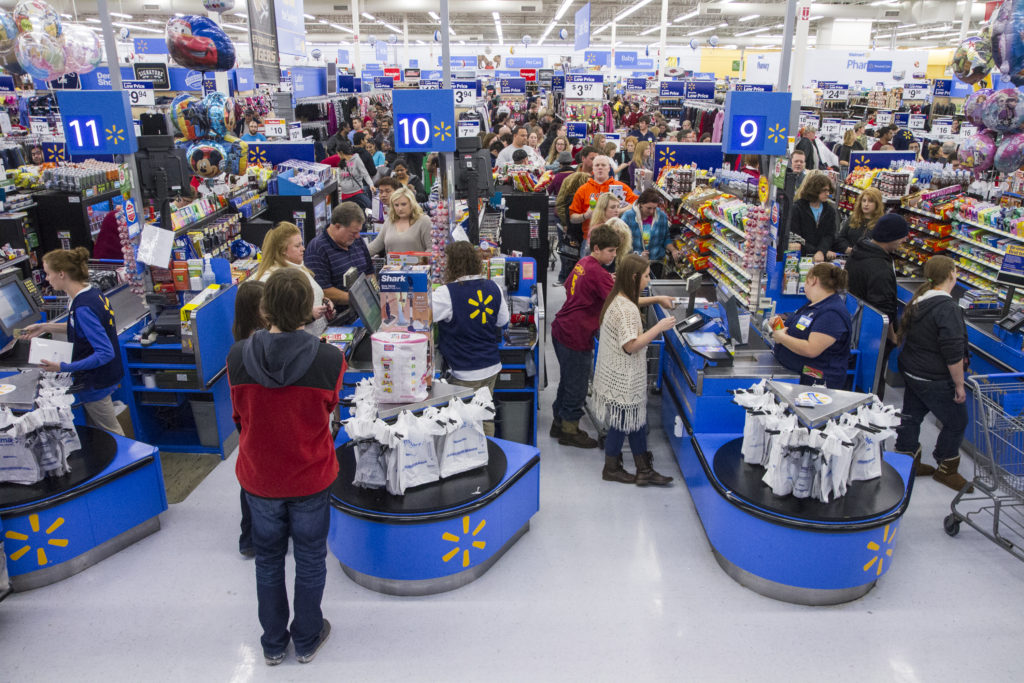 Walmart is the go-to place for almost anything and everything. From dog food to lawn mowers to underwear, you can go to Walmart for whatever life throws at you, and at a price you really can’t complain about. That’s why it should be no surprise that it’s at the top of our list when it comes to the best deals this Black Friday. 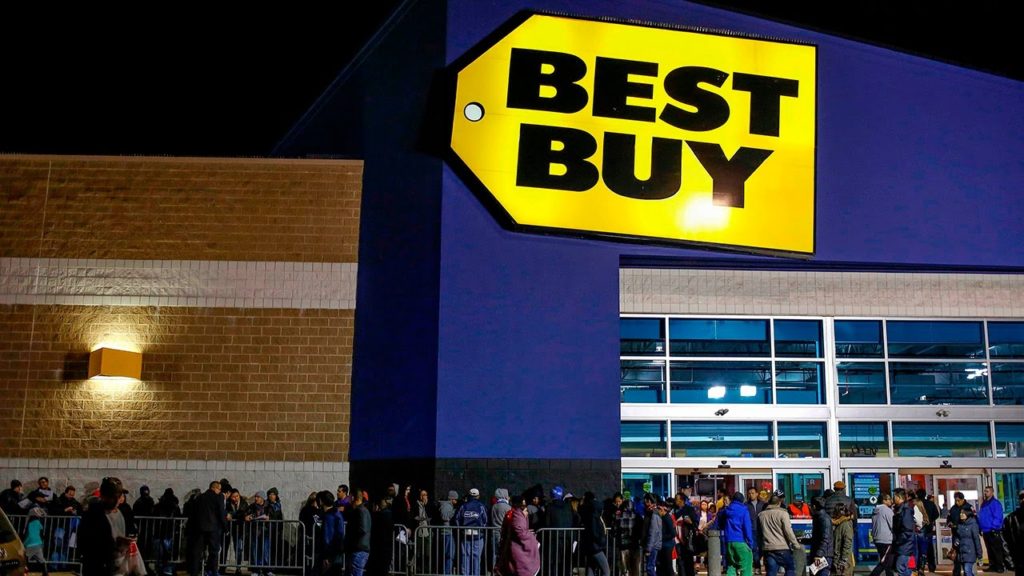 If you know someone who must have the latest gadget or gizmo, the best place to go is Best Buy. If you have to plug it in to use it, chances are, Best Buy has it. Need a dishwasher, laptop, or Season 2 of Homeland on Blu-Ray? Go to Best Buy.

Who to buy for: Techie, Dad 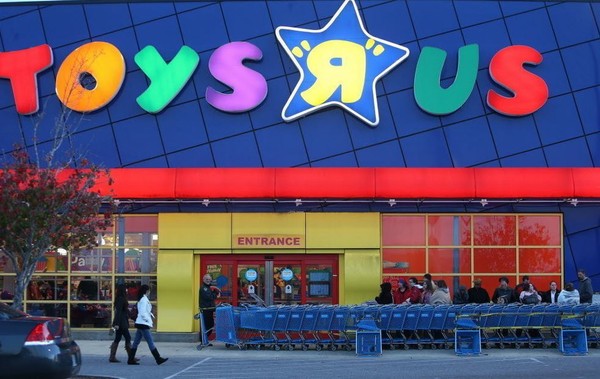 Toys R Us has been a kid favorite for over 4 decades, and it’s easy to see why. It’s almost like a winter wonderland, so to speak when it comes to toys. Toys R Us’ Christmas catalog always makes it easy for you to buy for that little one in your life. Not to mention, Toys R Us also carries clothes, video games, and movies as well, so it’s a one-stop-shop for every toddler and the big kid in your life!

Who to buy for: Kids 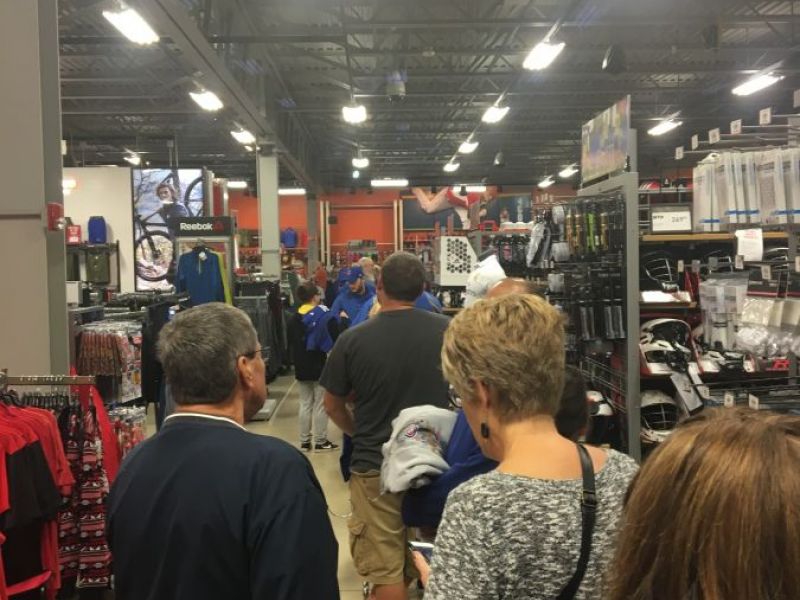 Do you know someone who wakes up at 4 AM every morning to go jogging or to head to the gym? Then you need to shop at Dicks. You can get anything here that requires dirt, sweat, and whole lot of running. Despite being out at the mall, make sure you get there early because they open up Friday before the birds wake up.

Who to buy for: Athletes 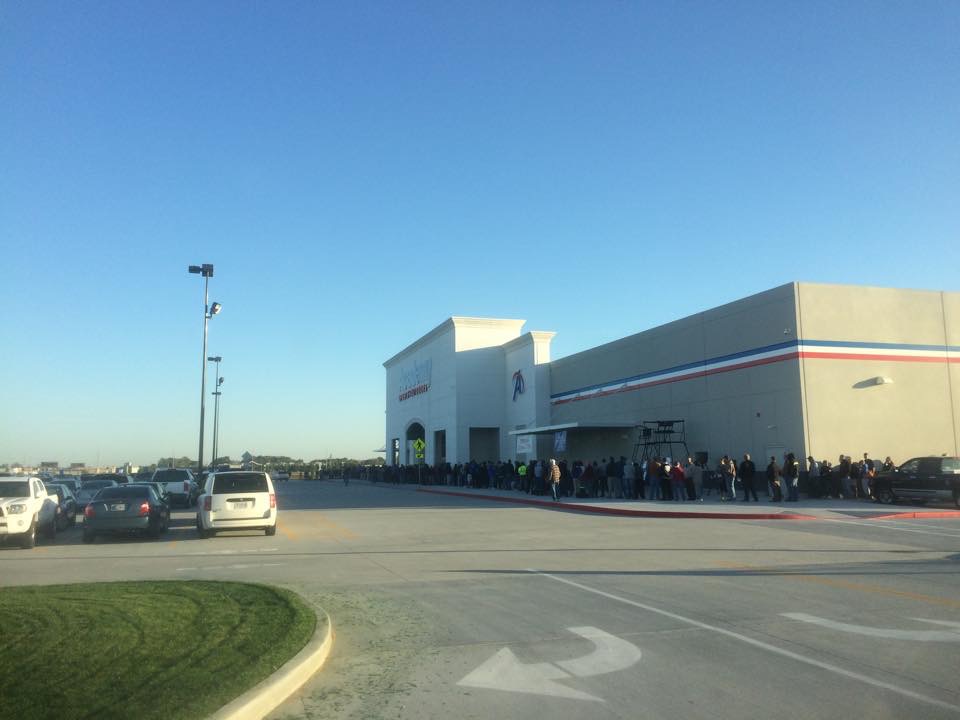 Just like Dicks Sporting Goods, you can get a whole plethora of gifts for that athlete in your life. However, at Academy, where they really succeed is the amount of hunting and fishing gear you’ll find here. Whether you hunt with a crossbow or fish with a cane pole, you’ll find it at Academy. And the best part is, on Black Friday, they’re marking everything down!

Who to buy for: Hunters 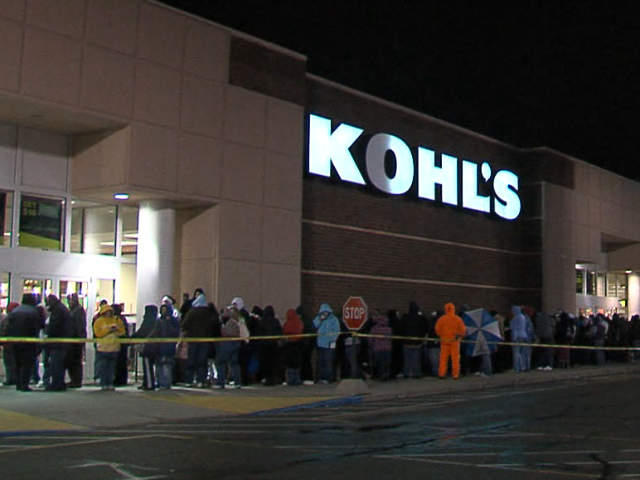 Has your mom been eyeing that Calvin Klein Peacoat? Does your grandma keep saying how she needs a new bathroom set? Kohl’s is where you need to head this Black Friday. The deals on they have had in Black Friday’s past are incomparable to what you’ll find there this year.

Who to buy for: Mom 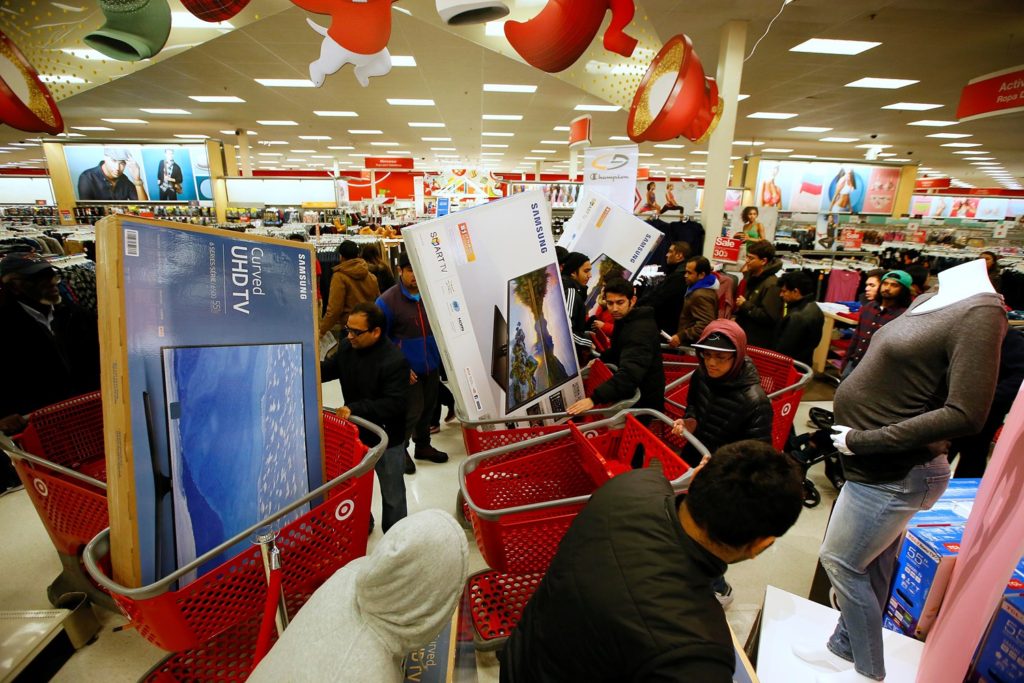 It’s often easy to forget about Target, especially if you don’t live in the east-side of Monroe. However, the deals this year can’t be beat. Not to mention with the addition of the new Starbucks, this year you’ll have some coffee to keep you warm while you wait in those long lines.

Who to buy for: Mom, Last Minute 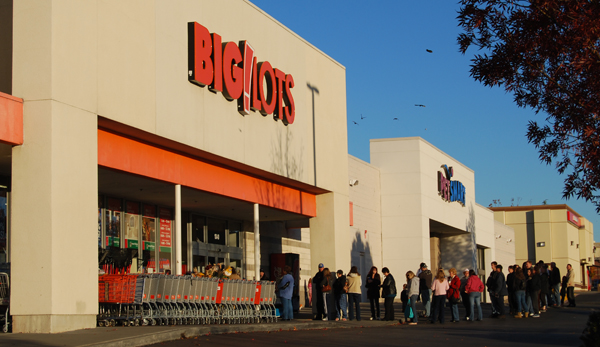 When you think of “Black Friday”, you probably don’t think of Big Lots. It’s easy to pass up, but when you aren’t quite sure what to get that one relative you haven’t seen since last March, Big Lots is the best place to go. In fact, they have some amazing prices, you might even want to shop for everyone while you’re here.

Who to buy for: Last Minute, Secret Santa 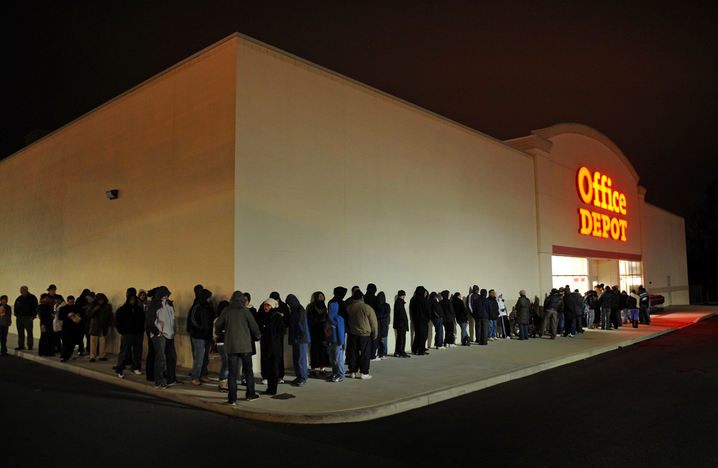 Just like Big Lots, you’re probably thinking, “What? Why Office Depot? I don’t know anyone who wants a 3-hole punch or a stapler for Christmas.”. And to that, I respond, “You should consider Office Depot because they offer much more than stationary.”. Office Depot is great if you know someone who needs a new laptop. In fact, of all the stores we researched for this article, Office Depot had the biggest sales mark-down on their laptops, even Walmart.

Who to buy for: Students 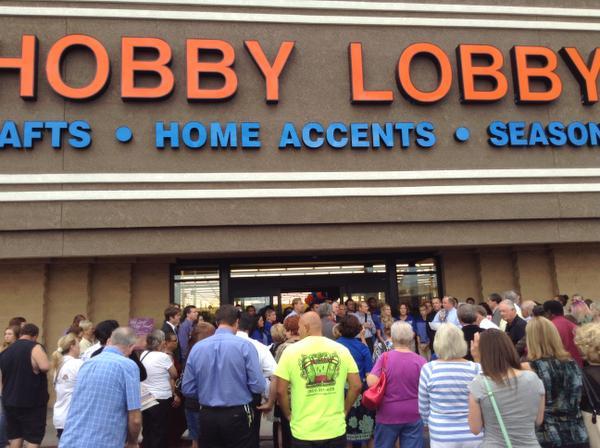 Hobby Lobby has almost become a staple in the south. Need to redecorate your living room? Hobby Lobby. Need to reupholster that chair in the foyer? Hobby Lobby. But what most people tend to forget about is that they do carry hobby supplies, as the store’s name implies. They have great deals this year on anything and everything for that hobbyist in your life, whatever their hobby may be.

Best deal: Assorted furniture in 30% off!

Who to buy for: Artists, Hobbyists 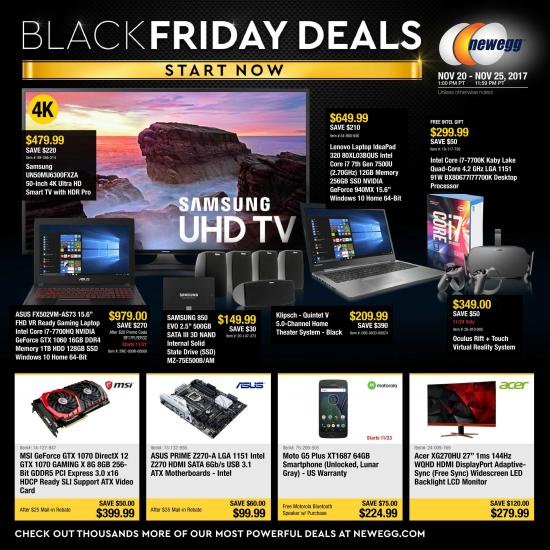 If the techie in your life is bit more advanced, or perhaps they build their own computers from scratch, you need to look no further than Newegg. Newegg has some of the best deals on computer parts and do-it-yourself kits, it’s almost unreal. Not to mention, they also have some great deals on Apple and Samsung products as well.

Who to buy for: Techie 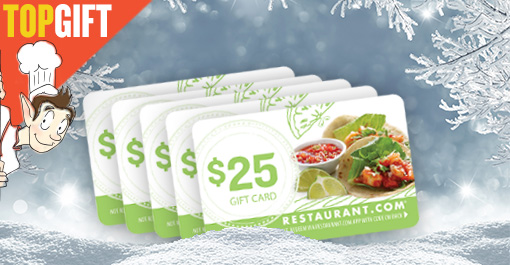 Most people have someone on their list who they can never buy for because either they aren’t sure what the person likes or the person they’re buying for has everything. That’s where Restaurant.com comes in. Everyone needs food, so why not get them a gift card to Logans or Sonic? 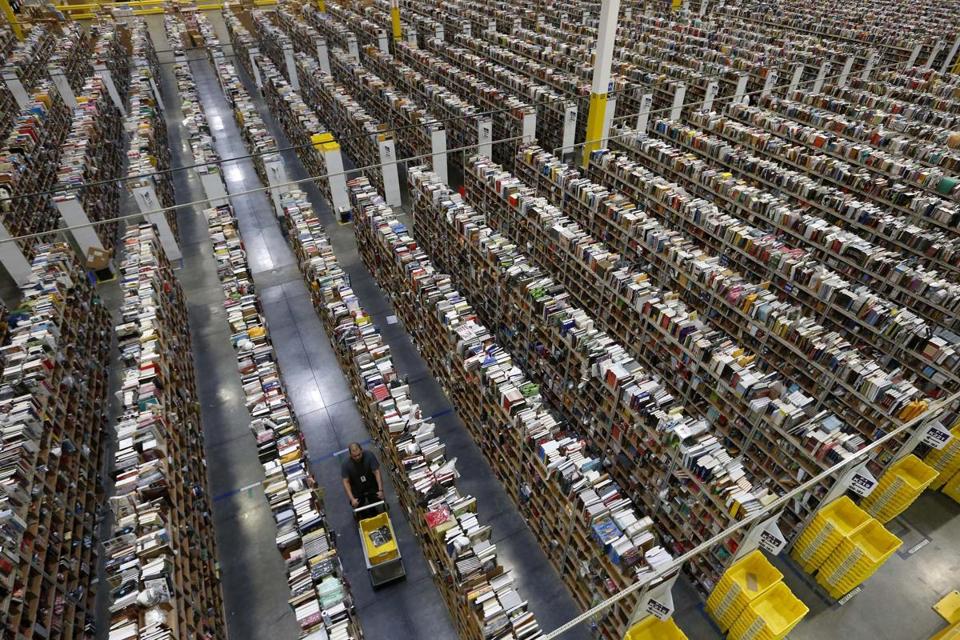 Oh, Amazon. What would we do without you? You’re that beacon of hope when we can’t find what we want elsewhere, and we don’t feel like bidding for it on eBay. Amazon is always a stop for me when it comes to Cyber Monday sales. In our house, we call it the Walmart of the internet. You can get almost anything and everything here. 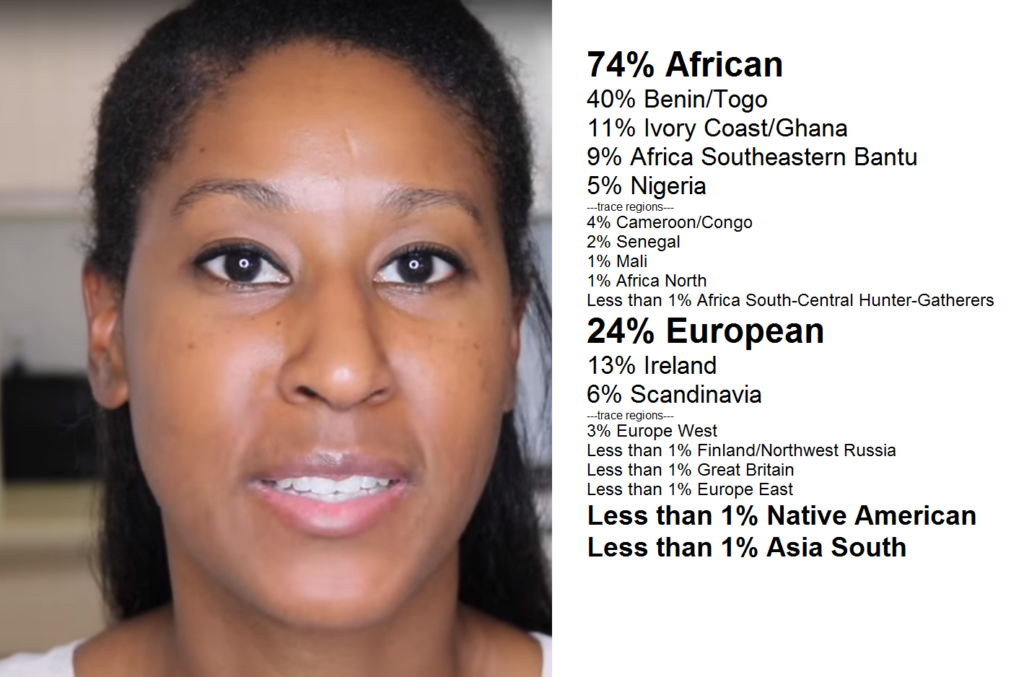 If you want to get that certain someone in your life a special, once-in-a-lifetime gift they won’t forget for years and years to come, you should consider getting them a DNA test. All the person does is swab the inside of their cheek with the sanitized Q-Tip provided to them by Ancestry, and send it back in. Almost 2 weeks later, Ancestry sends them back a packet with their genetic diversity including some other fun things about themselves they might not have known.

Who to buy for: Strange/Out-of-The-Ordinary, Once-In-A-Lifetime Gifts